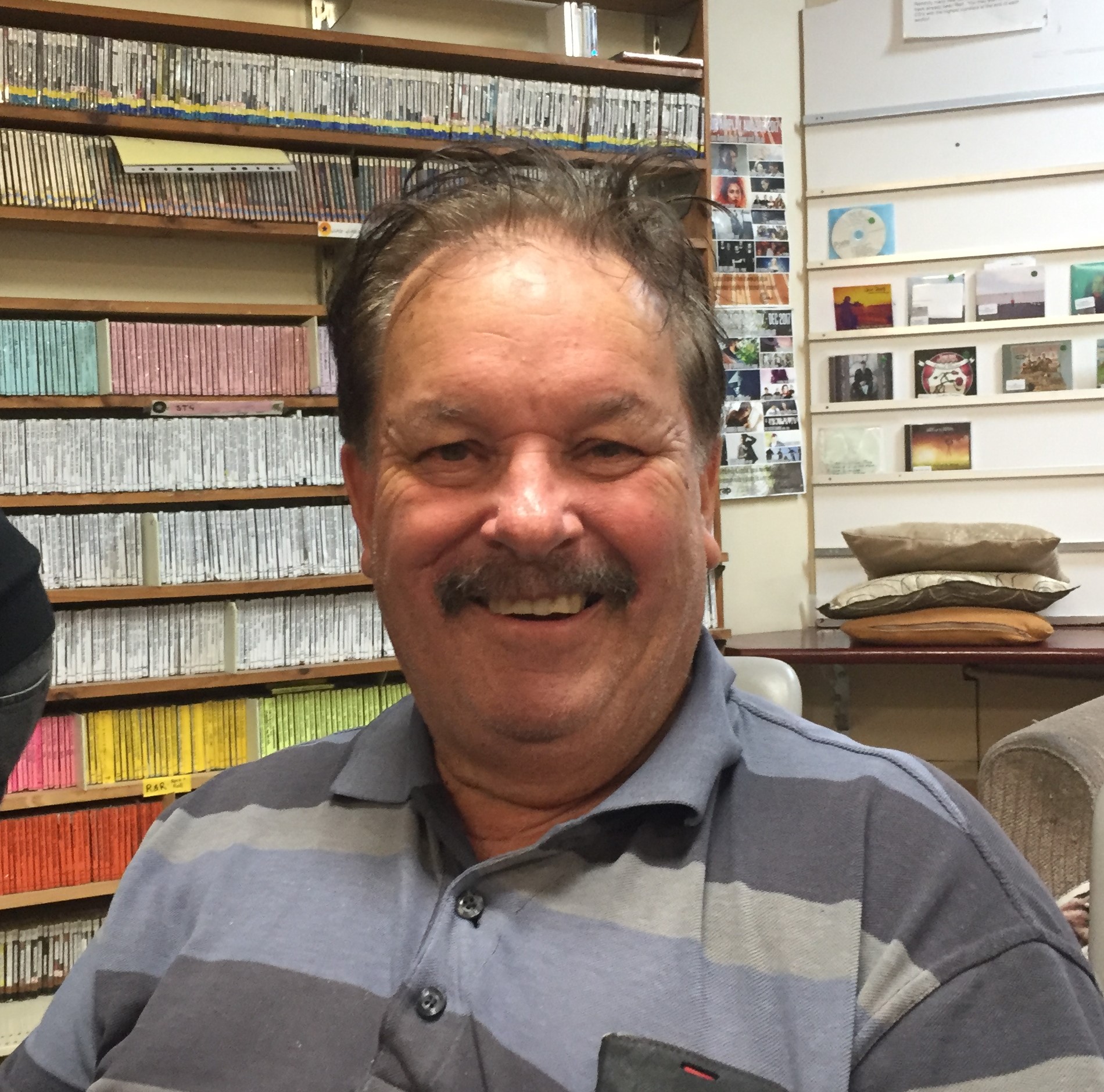 Les “Harro” Harrison spent his working life in education being in charge of schools for over 35 years. He has a wide range of interests, including cricket, cycling, fishing, golf and being an active member of his local Lions Club. Barracks for the mighty Hawks in the AFL.
Music interests cover mostly any genre, especially rock and roll. Grew up listening to Elvis, JOK, Cliff Richard, Buddy Holly and a host of others.
Living a childhood dream now being on radio, as he spent many childhood hours glued to the wireless in cricket season, and cold winter nights when Australia were playing in England. No TV in those days, so spare time was spent listening to such shows as the Happy Gang on 3DB, Yes What, Dad and Dave, Inspector West, D24 and of course, the Hit Parade every Sunday.
Family listening around the radiogram evokes many memories of Slim Dusty, Chad Morgan, the Ink Spots and Slim Whitman.
Harro loves One FM and the people in it. So many differences, but everyone has an interesting story to tell.