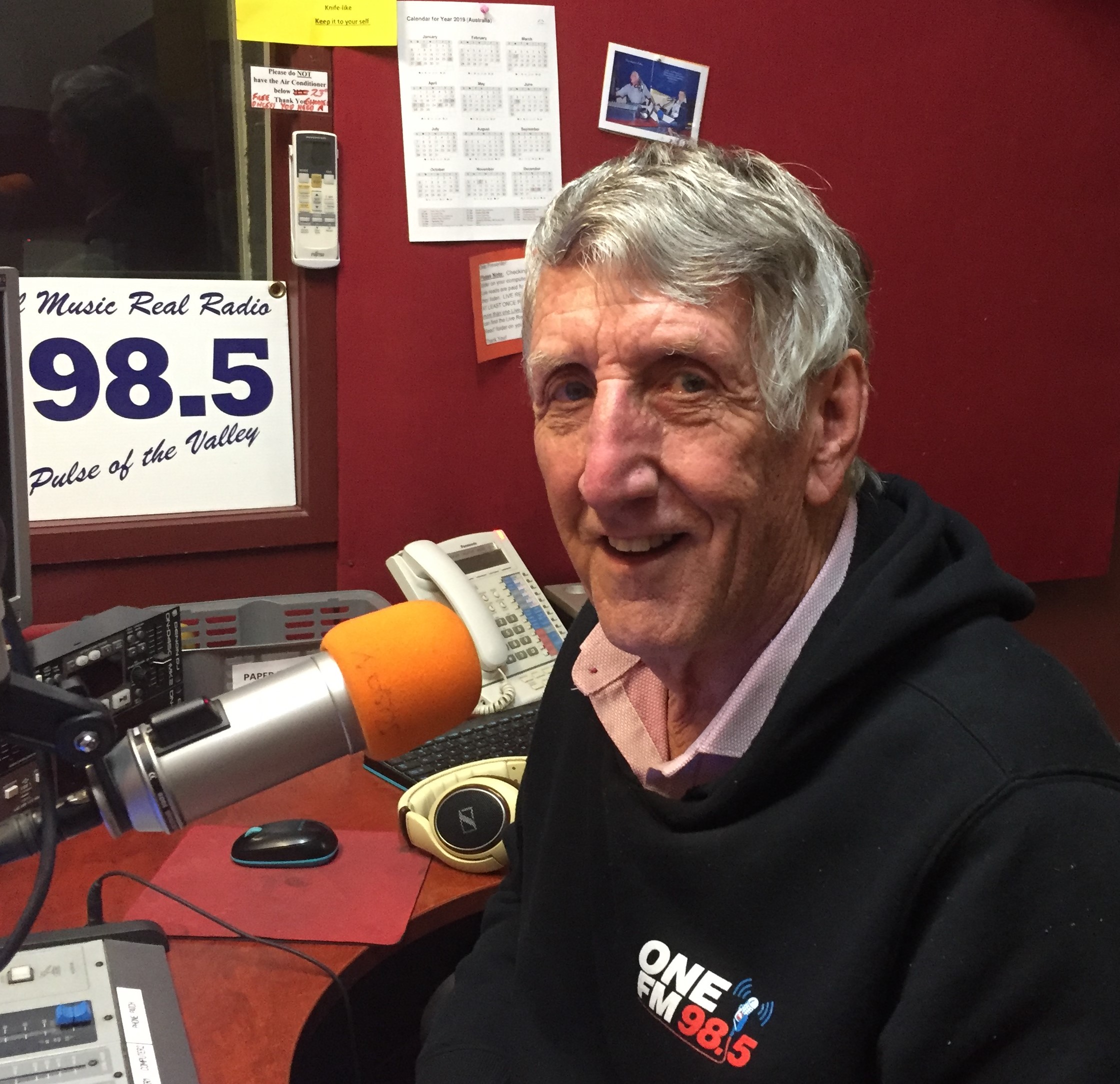 After marrying in 1966, and purchasing a new family car, I began buying Audio Tapes of my favourite singers, to play in our car and on our tape player at home.

During the Christmas Break in 1976, our family moved to Shepparton, where we regularly listened to 3SR, enjoying the music of the 1970’s & 80’s. I taught Full Time, at several schools in this area until 1998, when I became and Emergency Teacher.

Around that time, I found a Community Radio Station, and decided I preferred the Pre 2000 music I heard there. Since then, I have constantly had my Home and Car Radios on ONE FM 98.5.

Not long after my Teaching Career ended in 2015, I heard a request On Air for “Helpers”, who were needed at ONE FM, so decided to volunteer (maybe put out bins, do gardening or maintenance, etc.), but was asked to “Answer Phones”, which I accepted.

I regularly Answered Phones, until one afternoon, I was approached by Diane Hunter to become a Presenter. Due to believing I would not be able to handle the Technology in the Studios, initially I declined. After many further requests from Di, I accepted, was instructed by her, and became a Presenter in late 2017.

I initially accepted a late afternoon Program on Thursday, until being asked to share the Request Program and Open Spaces, on Sunday mornings. Thanks to Di, I now ABSOLUTELY LOVE being a presenter, I still answer phones on Tuesday nights and (being a Pensioner) fill in where I can.

Due to the constant Positive Comments from our Listeners, I hope to continue may contributions for many years to come.